With the collapse of the Russian Empire, Georgian experienced only a brief, three-year period of independence before the Bolshevik Red Army invaded this fledgling democracy and annexed it to the Soviet Union – for the next 70 years, Georgians lived behind the Iron Curtain as one of the 15 republics of the USSR.

The Soviet Tour of Tbilisi will tell you the story of how these 70 years changed Georgia. We’ll introduce you to Joseph Jugashvili – a poor Georgian boy from the provincial town of Gori who ultimately came to lead the entire Soviet Union, better known to the world as Stalin.

During the tour, we’ll travel on Tbilisi’s soviet- era metro in order to show you exclusively the underground printing press created and used by Stalin and Lenin to print Communist propaganda in the dying days of the Russian Empire – once an important Communist shrine, now a forgotten piece of history barely remembered in Georgia today.

In 1991 the Soviet Era came to an end, but the influence of the soviet period lingered on into the next decade – so we have decided to share our post-Soviet experience with you. 10 years of ineffective attempts to make Georgia stronger economically, culturally and socially. This is a story about our Dark 90s.

We will also tell you about the biggest tragedy of Georgia’s modern history – how Russia occupied Abkhazeti in 1993 and Samachablo (the self-declared independent republic of South Ossetia) in 2008 and still continues creeping occupation.

Our final touch will be story of the Rose Revolution (told at the location of the revolution itself), a moment which finally ended Georgia’s post-Soviet struggles and opened new opportunities for us.

Want to know more? Join our Soviet Tour of Tbilisi. We are waiting for you. 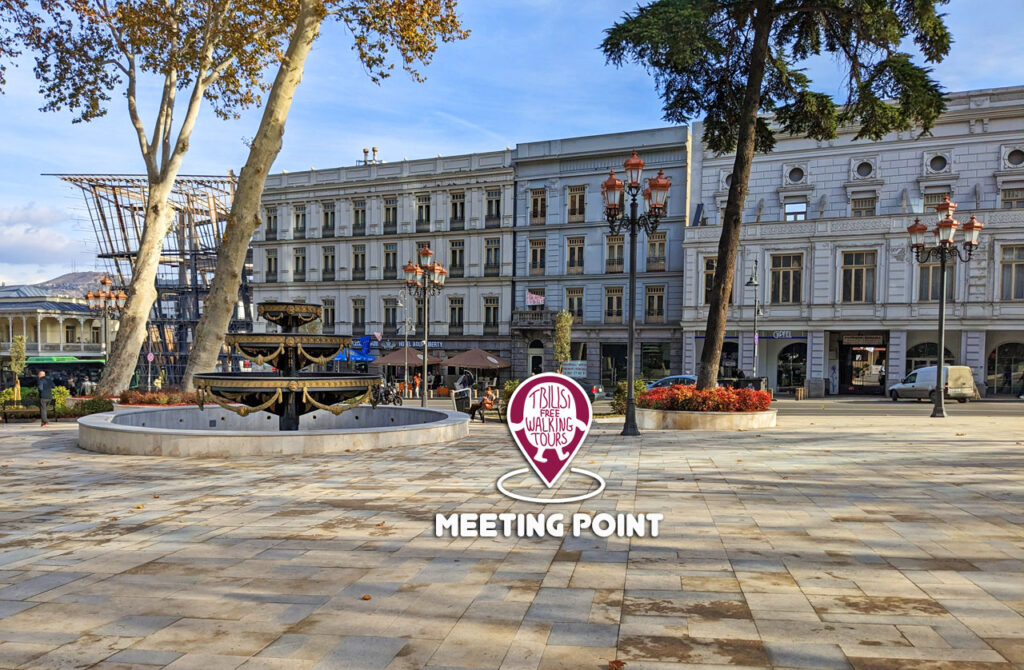 
MEETING POINT ON THE MAP